Notes to Inquiry: Thank you for your interest in Primacyt assays. Please open the project Inquiry form to contact us. We keep your data strictly confidential. PRIMACYT respects your and your company's privacy. I have read the Privacy Policy note. I agree that my details and data will be collected and stored electronically to answer my request. Note: You can revoke your consent at any time in the future by e-mail to the e-mail address info@primacyt.de. 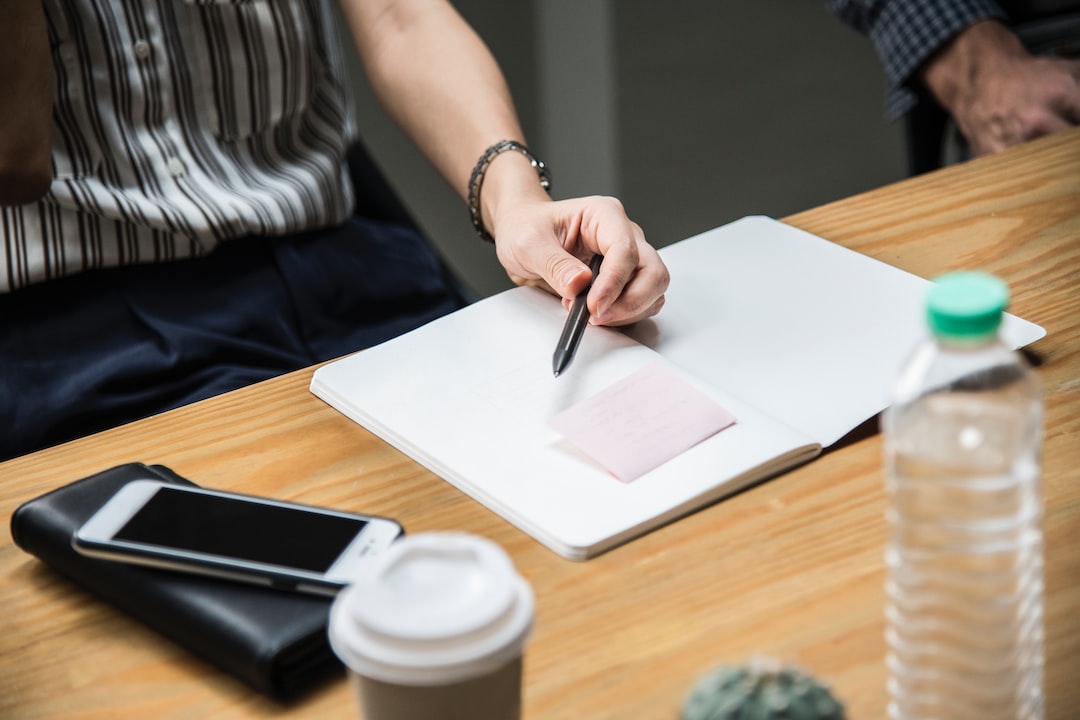 Start your Project and why you should contact us.
ASBTs regulates the enterohepatic circulation of bile acids and cholesterol homeostasis:


The enterohepatic circulation of bile acids (Shortform BA) is under the control of specific transporters expressed in the liver and intestine. ASBTs play a crucial role in the digestion of oils and fat.

Primacyt is a functional precision service organization in the field of ASBTs. We offer a broad portfolio of transporter assays for ASBTs. We support industry, research organizations and government in the area of in vitro studies related to drug interaction from the beginning of your projects until preclinical completion.

We are your partner when it comes to questions about drug-drug interaction or related lab service work for drug development. Our scientific expertise and procedures can be accessed as fee-for-services or preferentially as participation in program frameworks.

We are highly committed to offering additional categories of laboratory services and analytical topics as a commitment to the continuous expansion of our leading position in the industry. We are your partner and the partner of your clients in the education, training, and development of testing protocols. We also offer permanent routine lab services as a customized approach. You are in a position to open up additional revenue streams for your organization and partners.
We adapt all experimental designs according to your requirements. As a GLP certified entity, you can trust our GLP compliance. We transfer our expertise as part of risk containment program. We help you to avoid false positives and more. We assist you in your R&D efforts also for regulatory submissions. Probe substrates, inhibitors, and testing parameters are monitored to be in line with recommendations from respective regulatory agencies.

ASBTs in 30 seconds.
The Sodium-dependent ASBT uptake transporter belongs to the group of SLC transporters (SLC10A2/ASBT), secondary active transporters, using the electrochemical potential stored in ion gradients such as sodium, protons or bicarbonate. ASBT is a vital carrier protein expressed at the apical membrane of enterocytes in the ileum, colon, jejunum, and duodenum. Except for ASBTs, they utilize the electrochemical potential stored in ion gradients.

The bile salt uptake transporter ASBT is of interest in drug R&D besides of NTCP. ASBT is apically expressed in ileal enterocytes, proximal renal tubule cells, large cholangiocytes, and gallbladder epithelial cells. Non-bile acid substrates of ASBT are not known so that ASBT is not correlated with drug-drug interaction. Possible alternate solutions might comprise certain calcium channel blockers, HMG-CoA reductase inhibitors, and statins.

ASBT is an uptake transporter of bile acids and conjugates. It has an essential physiological function as the first step in bile acid reabsorption from the intestine, playing a pivotal role in the enterohepatic recirculation of bile acids.

ASBT assays are mainly associated with cholesterol. The focus of recent research is primarily related to proteins, receptors, inhibition, and experiments with mice and rats.

Mutations, Alleles, and Phenotypes are linked to the digestive/alimentary system, growth, size, and body, to the immune system and mortality and aging.

ASBTs are located in cholangiocytes, gallbladder, intestine, and kidney. Substrates are taurochenodeoxycholate, taurodeoxycholate, glycocholate taurocholate and other bile acids.

Up to now, there is a need for more studies on the ASBT about regulation and effective treatments.

The enterohepatic circulation of bile acids (Shortform BA) is controlled by specific transporters expressed in the liver and intestine. ASBTs play a crucial role in the digestion of oils and fat.

The significant share of BAs secreted from the liver are reabsorbed in intestinal epithelial cells. This occurs via the apical sodium-dependent bile acid transporter (ASBT/SLC10A2), followed by their transportation to the portal vein. The regulation of the ASBT involves bile acid and cholesterol.

Also, abnormal ASBT expression and function might lead to some diseases associated with disorders in the enterohepatic circulation of BAs and cholesterol homeostasis, causing diarrhea and gallstones. However, lowering cholesterol or BAs by partly inhibiting ASBT-mediated transport might be used for the treatments of hypercholesterolemia, cholestasis, and diabetes.

The apical sodium-dependent bile acid transporter (ASBT) is the primary transporter concerning the re-absorption of bile acids. Transport occurs from the intestinal tract to the enterohepatic circulation system.

Inhibition of ASBT potentially increases the excretion of bile acids, promoting the bile acid synthesis and the consumption of cholesterol, so that ASBT is a desirable target for developing new cholesterol-lowering drugs.

The pharmacological inhibition of the ileal apical sodium-dependent BA transporter (ASBT/SLC10A2) is likely to protect against BA-mediated cholestatic liver as well as bile duct injury.

A4250 has the potential to improve sclerosing cholangitis in Mdr2−/− mice and to significantly reduce the level of serum alanine aminotransferase, alkaline phosphatase, and BAs respectively.

Furthermore, A4250 significantly can reduce bile flow and biliary BA output, which correlates with reduced Bsep transcription, while Ntcp and Cyp7a1 are affected.

Notably, A4250 can reduce biliary the BA secretion but preserves HCO3− and biliary phospholipid secretion. As a result, HCO3−/BA and PL/BA ratio will increase.

Besides, A4250 can increase fecal BA excretion without causing diarrhea as well as modifying BA pool composition. The results are diminished concentrations of primary BAs tauro-β-muricholic acid and taurocholic acid.

Drugs interfering with bile acid recycling can prevent several effects of nonalcoholic steatohepatitis (NASH), as shown in mice under a high-fat diet.

The findings suggest that these ASBT inhibitors could constitute a viable clinical strategy to address NASH, an increasingly common liver disease., scientists from Emory University School of Medicine and Children’s Healthcare of Atlanta have shown.

Treatment of or preventing a hypercholesterolemia-related or an inflammation-related condition.

The present invention relates to methods of treating cardiovascular, inflammatory and other diseases, and specifically refers to combinations of compounds, compositions, and means for their use in medicine, particularly in the prophylaxis and treatment of hyperlipidemic or inflammatory conditions such as are associated with atherosclerosis, hypercholesterolemia, coronary plaque inflammation and other cardiovascular diseases in mammals. More particularly, the invention relates to apical sodium co-dependent bile acid transport inhibitors, cyclooxygenase inhibitors (e.g., cyclooxygenase-2 selective inhibitors), and HMG-CoA reductase inhibitors.

The apical sodium-dependent bile acid transporter (ASBT) is a member of the sodium/bile-salt co-transport family coded by gene SLC10A2.

Due to insufficient information on non-bile acid substrates of ASBT, this transporter is not associated with DDIs. Recently, however, several FDA-approved drugs were shown to function as in vitro ASBT inhibitors, including dihydropyridine calcium channel blockers and HMG-CoA reductase inhibitors.


The knowledge of drug affinity and drug-drug interaction (DDI) to uptake and efflux transporters is a fundamental requirement in drug development, recommended by the U.S. Food and Drug Administration (FDA) and the European Medicines Agency (EMA).

The two links below give you first impressions on regulatory requirements and possible standards.

High cholesterol levels increase the risk of hypercholesterolemia. Upon conversion into BAs, approximately 50% of cholesterol is eliminated from the body.

Thus, if the reabsorption of BAs is inhibited, the BAs released from the bile duct may be increased. Therefore, increasing bile acid synthesis and consequently, cholesterol consumption can relieve hypercholesterolemia.

BAs are reabsorbed in the intestine via the ASBT; thus, the ASBT is a target for hypercholesterolemia drugs.

Cholestasis is a clinical syndrome that results from systemic and intrahepatic retention of excessive toxic BAs, leading to liver injury. The natural bile acid ursodeoxycholic acid (UDCA) is a standard medical treatment for cholestasis; however, the limited efficacy of UDCA necessitates the identification of novel therapeutic approaches. In addition to other nuclear or membrane receptor agonists and BA derivatives, ASBT inhibitors might constitute an essential target in cholesteric liver disease. LUM001, an ASBT inhibitor, interrupts the reabsorption of BAs, reducing the circulating BA pool. This decrease in the BA pool exceeds the upregulation of BA synthesis from cholesterol, and this action might improve intrahepatic cholestasis. A previous study suggested that S0960 (a dimeric bile acid analog), a specific inhibitor of ASBT, can improve extrahepatic cholestasis.

Diabetes mellitus is a complex disorder of insulin imbalance characterized by increased intestinal bile acid absorption and expansion of the bile acid pool. Diabetes mellitus may give rise to dyslipidemia and hypercholesterolemia.

Given that the global rate of type 2 diabetes is increasing, successful treatment of this disease requires the development of new drugs. Inhibition of ASBT decreases the reabsorption of BAs from the ileum.
GSK2330672 is a highly potent, non-absorbable ASBT inhibitor that will be a valuable clinical tool to explore the therapeutic utility of a non-absorbable ASBT inhibitor for the treatment of patients with type 2 diabetes.

ASBT/IBAT is most highly expressed in the ileum, where it is found on the brush border membrane of enterocytes. It is responsible for the initial uptake of bile acids, particularly conjugated bile acids, from the intestine as part of their enterohepatic circulation.
What does ileum mean?
The ileum is the final section of the small intestine in most higher vertebrates, including mammals. The function of the ileum is mainly to absorb vitamin B12, bile salts, and other products of digestion, not being absorbed by the jejunum. The ileum is affected in some diseases, including Crohn's disease, Tuberculosis, Lymphoma and Neuroendocrine Tumors.
What does uptake of intestinal bile mean?
Bile acids are essential for the digestion and absorption of fats (lipids) in the small intestine.

The equivalent term is bile salts, produced in the liver, secreted into the biliary system, stored in the gallbladder and released after meals stimulated by cholecystokinin. Bile acids/salts are essential for the digestion and absorption of fats (lipids) in the small intestine.
What causes bile acid diarrhea (BAD)?
Bile acid diarrhea can result due to overproduction of bile acids, malabsorption of bile acids due to intestinal resection, or due to small bowel bacterial overgrowth where the bacteria de-conjugate the bile acids, rendering them inactive.

Bile acid malabsorption: When BAD is present, excessive amounts of bile acids are flushed into the large intestine, lead to increased fluid secretion, resulting in watery stools and a speeding up of intestinal motility—both of which end with symptoms of diarrhea.
What happens when bile leaks into the body?
Bile Duct Leaks. A small hole anywhere along the bile ducts can cause bile to leak into the abdominal cavity. ... Bile is a digestive fluid produced by the liver and stored in the gallbladder and is used by the body to break down fats so they can be absorbed. As a result, symptoms are as follows:
• Fever.
• Chills.
• Nausea.
• Vomiting.
• Abdominal pain.
• Swelling of the abdomen.
• General discomfort.
• Jaundice (yellowing of the skin and the whites of the eyes)
What are primary and secondary bile acids?
Primary bile acids are formed in the hepatocyte. Secondary bile acids are derived from primary bile acids by bacterial conversion in the colon.

Medical Definition of Prodrug. Prodrug: A precursor (forerunner) of a drug. A prodrug must undergo chemical conversion by metabolic processes before becoming an active pharmacological agent.

The probably most prominent prodrug is Aspirin. Aspirin is transformed into salicylate in the stomach, in the intestinal mucosa, in the blood and mainly in the liver. Then salicylate is the active metabolite responsible for most anti-inflammatory and analgesic effects, but acetylsalicylate is the active moiety for the antiplatelet-aggregating effect.
What is a conjugate bile acid?
Prior to secreting any of the primary or secondary bile acids, liver cells conjugate them with one of two amino acids, glycine or taurine, to form a total of 8 possible conjugated bile acids. ...